You are here:
Senior Tournament 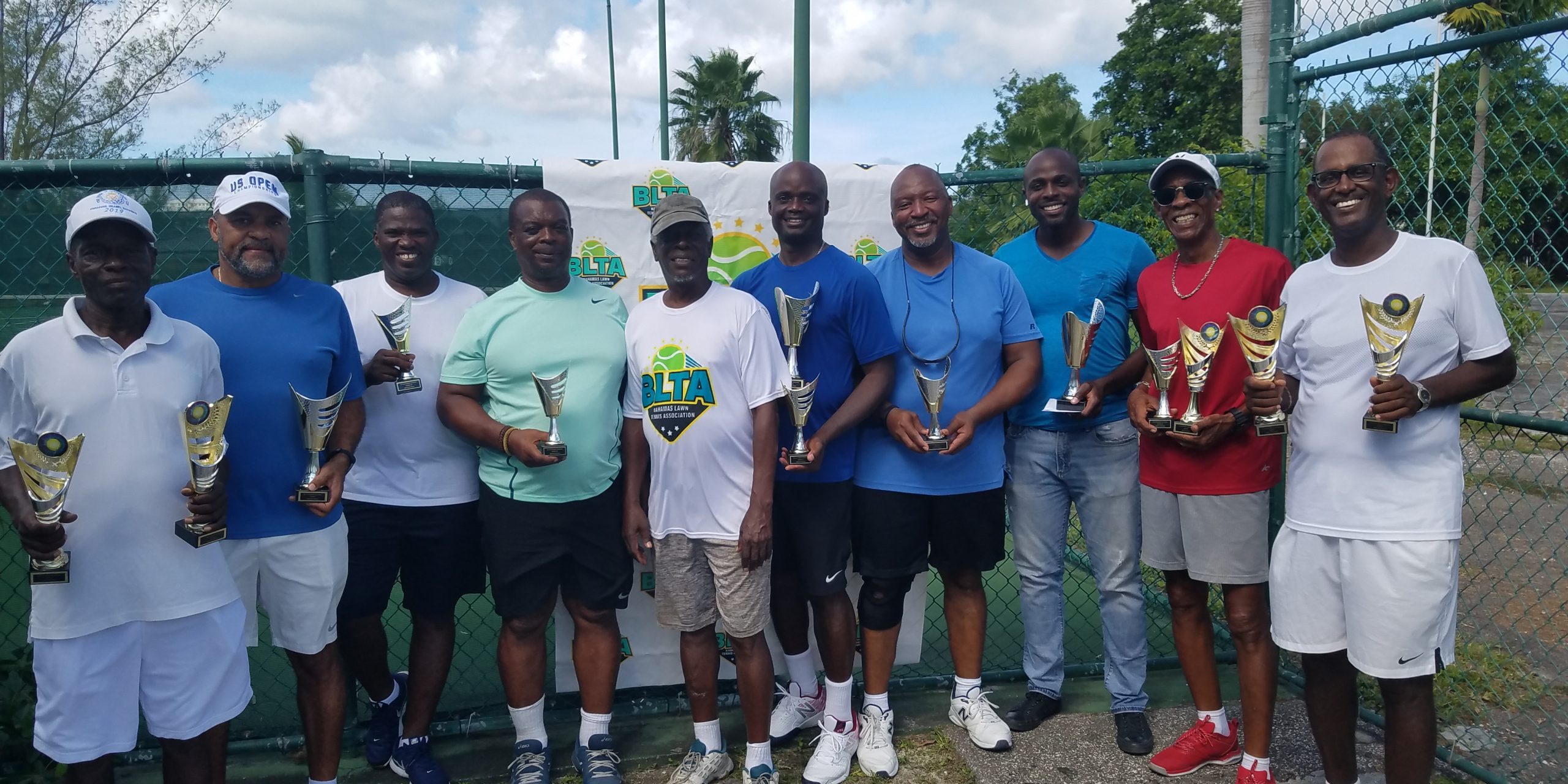 The 2019 Senior Nationals Champions have been crowned. The listing of winners and runners-up are attached. The last day of competition was riveting. The first singles Championship of the day was the #1 Stephen Thompson against Bud Cambridge in M55.
Stephen dominated throughout, playing a superb Finals match. He won in straight sets 6-1,6-3. Stephen who was seeded #1 came out on top once again, capturing the 2019 M55 Singles’ championship title!

Devlin Fisher prevailed over Brent Johnson in straight sets 7-5, 6-1. The first set was very competitive with both guys displaying some great tennis. Fisher would dominate in the second set to win the match. Devlin played a very clean game to be crowned the 2019 M45 Singles’ champion!

Tommy Turnquest and Larry Rolle would become the only two persons to hold the distinction of two (2) championship titles in Senior Nationals 2019. The dynamic duo faced Godfrey Virgil and Kevin Major Sr.  first in M55 Doubles. In the match, both teams put on a show of talent and finesse.  With the score tied 6 all in the first set, Turnquest and Rolle would come out on top in the tiebreak 11-9. With a 6-4 win in the second set, Rolle and Turnquest sealed the deal to become the Senior National’s
Doubles’ champions in M55!

This duo was not done yet. Larry Rolle and Tommy Turnquest then faced the younger team in the M45 of Devlin Fisher and Everette Munroe.  This last match of the day would turn out to be an epic match for the record books. Both teams came out strong. The spectators witnessed a show of skill, experience, acumen and tennis brilliancy.  Fisher and Munroe synergised well to win the 1st set 7-5. In the second set, they would lead 5-3. Some may have counted Rolle and Turnquest out but they were far from finished! Rolle and Turnquest surged back winning the second set 6-4. In the third set, they continued to press gas coming up with some big plays to win 6-4, as Turnquest closed out with some well-placed serves. Rolle and Turnquest captured yet another title; M55 Doubles’ champions.

The 2019 Senior Nationals culminated with a trophy ceremony and reception held at the National Tennis Centre on yesterday. The winners and runners-up all received cash prizes and trophies.

We thank Tournament Director Wesley Rolle assisted by Esther Newton for ensuring that everything was in order and Mike Butler, Senior Development-chair for his support.  We also thank the participants and spectators who came out to support this event. President Weir joins the P/R team in thanking everyone for their full support in making this year’s tournament a success. 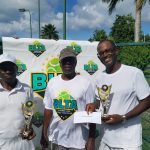 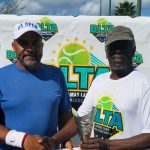 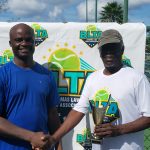 The BLTA Senior Nationals into the Semifinal Rounds
June 23, 2020