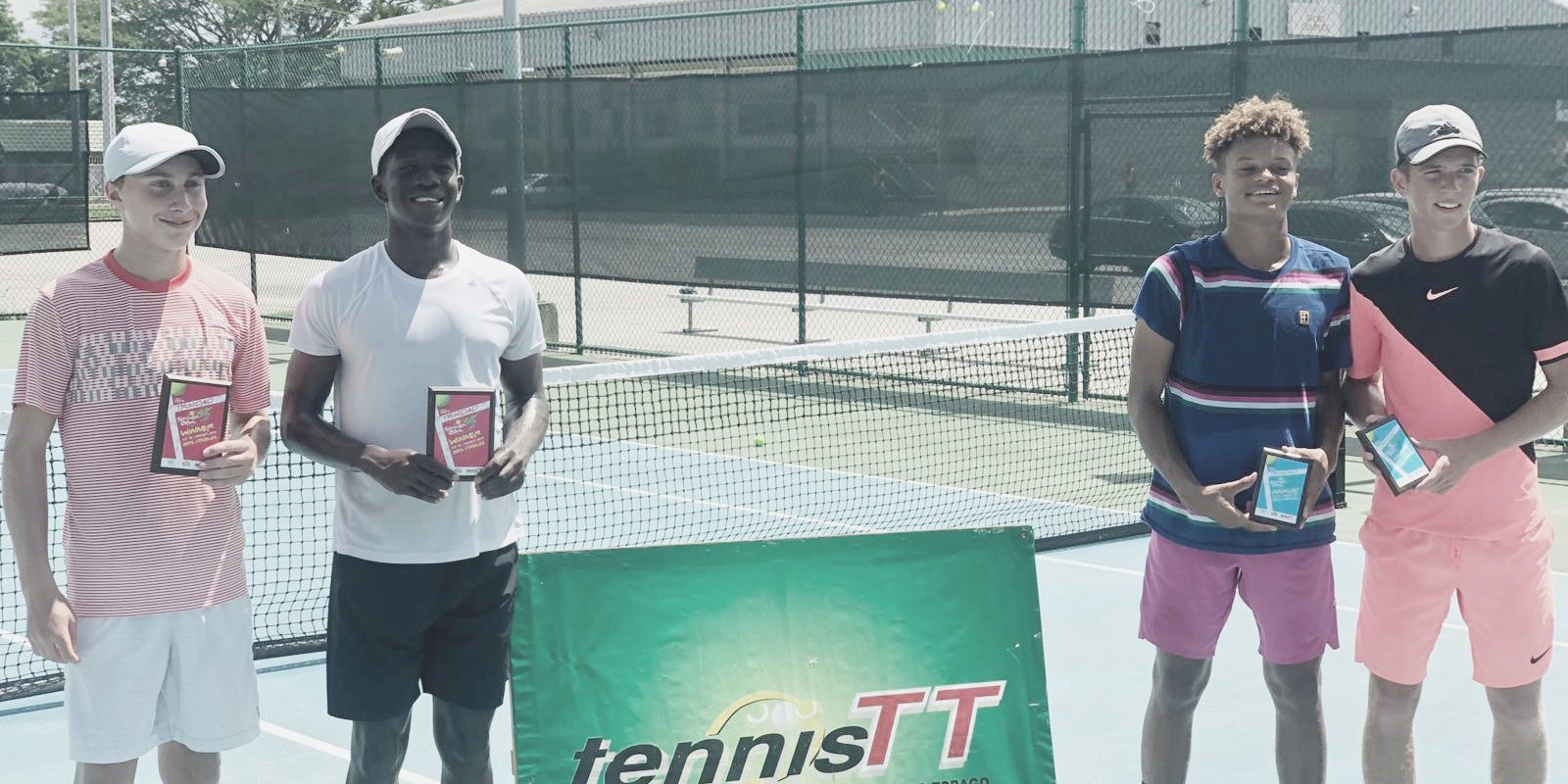 Sydney Clarke and Donte Armbrister competed at a very high level in the Under 18 ITF Tournament in Trinidad last week. Donte Armbrister came out a Doubles champion along with partner Freddie Ridot from Great Britain.  The duo played exceptionally well as they won 3-6, 6-1, 10-8 over Bucurescu from Romania and Lacides from Guadeloupe.

Sydney Clarke made it to both the Singles and Doubles Finals. She played well in singles but lost to Canadian Brave 0-6, 2-6. In Doubles, Sydney was able to take it to a 3-setter with partner American McCarthy but was not able to overcome Marie and Moutama from France 3-6,6-4, 4-10.

This U18 ITF featured top talent from the United States, Canada, Great Britain, Mexico, Switzerland and The Caribbean. The Bahamas Lawn Tennis Association congratulates Sydney and Donte on their Finals appearances and to Donte on his Doubles ITF 18U title.

The duo is pictured receiving their awards.